Hyman Schoenblum is a Senior Advisor to Saber Partners, LLC. Previously, Mr. Schoenblum spent 35 years at Consolidated Edison Company, Inc. (Con Ed), where he served, at various times, as their Vice President and Treasurer; Vice President and Controller; and, Vice President of Strategic Planning. While in those positions, his responsibilities included serving as the company’s lead spokesperson in its investor relations effort. He was the Vice President of Internal Audit at Maimonides Medical Center.

As Vice President of Strategic Planning at Con Ed, Mr. Schoenblum was a lead financial person in identifying and investigating the potential value to shareholders of merger and acquisition transactions for Con Ed and completing such transactions, where appropriate. He was instrumental in Con Ed’s merger with Orange and Rockland Utilities and the announced, but uncompleted, merger with Northeast Utilities, as well as other potential mergers which were identified and evaluated but not pursued. Furthermore, Mr. Schoenblum had the responsibility of identifying and evaluating other operational investment opportunities for Con Ed to expand into unregulated and competitive businesses, such as power generation and telecommunications. In this capacity, Mr. Schoenblum worked closely with a wide variety of the financial community including investment bankers and institutional investors and was highly regarded by these individuals and firms.

As Con Ed’s Corporate Treasurer, Mr. Schoenblum oversaw the firm’s capital financing and cash management needs and work closely with its selected bankers to structure and secure appropriate and cost efficient financings. He was also a named fiduciary of Con Ed’s Pension Plan, responsible for the administration of the plan and the hiring of fund managers. Moreover, he supervised the company’s vast real estate portfolio and began the process of divesting significant unneeded parcels of property in midtown Manhattan, which later resulted in very significant gains to Con Ed and its shareholders.

As Con Ed’s Corporate Controller, Mr. Schoenblum played a central role in the coordination of numerous customer rate cases; testifying before the Public Service Commission on a variety of financial and operating matters. He was responsible for the preparation of the financial results, filing of Securities & Exchange Commission annual and quarterly reports and reporting to the Board of Directors on a monthly basis. Further, he was in charge of the company’s operating and capital budgets.

While serving in these positions, Mr. Schoenblum, for many years, played a critical role in Con Ed’s relationship with the Wall Street financial community. He met with institutional investors, fund managers, stock and bond research analysts and the media to present Con Ed’s financial position to the investment community and public. Mr. Schoenblum was widely respected by members of this community for his knowledge, expertise and candor.

In addition, during his employment at Con Edison, Mr. Schoenblum served on many committees and task forces of the Edison Electric Institute (EEI), the electric industry’s primary trade organization, and served as chairman of EEI’s Accounting Principles Committee in the early 1980s.

From 2000 to 2006 he served his community as a member of the Board of Trustees of Maimonides Medical Center in Brooklyn and was on their Audit, Finance, Pensions, Investments and Medical Matters Committees.

In 2006, Mr. Schoenblum became the Vice President of Internal Audit at Maimonides Medical Center. In that role, he was responsible for financial and operating audits and for investigating fraud. He reported quarterly to the Audit Committee of the Board.

For the past 30 years, Mr. Schoenblum has also been a volunteer for the Guardians of the Sick; a local health related volunteer organization in Brooklyn. He currently serves on their Board of Directors and for 2009-2010 was the group’s President. 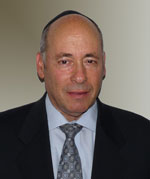